“It seems to be easier for us today to imagine the thoroughgoing deterioration of the earth and of nature than the breakdown of late capitalism, perhaps due to some weakness of our imagination.” Frederic Jameson The Seeds of Time

Now, you may not have thought you were signing up for an exploration into the relationship between reason and faith, or into what comes after capitalism and socialism, when you put on your scarf this morning. But that’s precisely what is needed if we are going to preserve and restore the soil, and it is precisely what we are doing every time we make an investment in a small, local or organic food enterprise.

“All governments have a natural tendency towards an increase, and assumption of power. We have seen that parchment chains are not sufficient to correct this unhappy propensity.” St. George Tucker, Virginia State Supreme Court & US District Court judge Blackstone’s Commentaries (1803)

“For much of American history, the distinguishing characteristic of politics is the intensity of localism, not support for strong central government.” Saul Cornell The Other Founders (1999)

“Populism and federalism – liberty and localism – work together. We the People conquer givernment power by dividing it between two rival governments, state and federal.” – Akhil Reed Amar

“Local institutions are to liberty what primary schools are to science; they put it within the people’s reach; they teach people to appreciate its peaceful enjoyment and acustom them to make use of it. With local institutions a nation may give itself a free government, but it has not got the spirit of liberty.” – de Tocqueville

Canadian planning guru Bob Lehman writes “planning by the people is the future.”

I will do my best to:

Werbach also presented therein the earliest statement of radical localism as the key to rebuilding communities. He offered five steps to save the environment, the fifth being “community:”

Today the roots of environmental problems stem from the disintegration of our communities…. It’s time to form a new movement of radical locals to reclaim the character, economy, and wildness of America. It’s time for environmentalists to care for the Bronx as much as they care for the Grand Canyon.

Radical localism offers us a chance to lessen our impact on the environment through a return to community…. The root of many of our environmental and social ills is a global trend away from local communities.

We can’t be perfect, but we need to strive to support the most local product possible in order to support local communities and keep people connected to them.

Although a radical local community focuses on developing its own strengths and resources, it is not isolationist. Instead, it supports diversity in life and in people. It readily accepts people from outside communities who wish to bring their skills and ideas to better the community. Radical localism in no way serves as an excuse for fearful isolationism.

“Instead of crossing fingers and hoping for the best, the radical localist chooses new priorities.” Cecil Bothwell, Gorillas in the Myth (2008)

Anti-Federalist founders held that only a small republic could sustain and nurture liberty and virtue.

A service-based economy drives localism. “A steadily rising share of the work force produces services that are sold only within the same metropolitan area.” – Paul Krugman in Pop Internationalism

“It is vain to tell us that we ought to overlook local interests. It is only by protecting local concerns, that the interest of the whole is preserved.” – James Winthrop “To The People” December 11, 1787

“If resilience means diversity, redundancy, active feedbacks and continuous experimentation, it also means that the corresponding society must be a diversified, colourful, creative and learning one. We can refer to these cultural characteristics with the expression ‘cosmopolitan localism’. This is the meta-culture of a society in which a variety of cultures flourish, and in which places and communities are not isolated entities, but the nodes in a multiplicity of networks.” – Ezio Manzini, lecture June 5, 2014 London “Cultures Of Resilience: A Cosmopolitan Localism”

“Both the culture of local control and formal institutions of governance are resilient and are likely to play central roles for decades to come. Even as residential migration and a nationalized media and culture weaken Americans’ ties to unique places, we see widespread evidence of Americans’ yearning for a sense of community and for the importance of social capital and relationships of trust that may be more easily nurtured locally. And, critically, geographic space is hardwired into our political system.”  “The Declining Significance of Space and Geography,” Jeffrey R. Henig and Frederick M. Hess; The Phi Delta Kappan, Vol. 92, No. 3 (NOVEMBER 2010), p. 59

“If the federal government ever became the final judge of its own powers, then constitutional liberty would become an empty phrase. The federal government would invariably conclude that there are, in fact, no limits to its power.” – St. George Tucker, Virginia State Supreme Court & US District Court judge, A View of the Constitution (1803)

“The Koch brothers are only the most conspicuous among a whole tribe of “self-made” billionaires who imagine themselves architects or master builders of a revamped, rehabilitated America. The resurgence of what might be called dynastic or family capitalism, as opposed to the more impersonal managerial capitalism many of us grew up with, is changing the nation’s political chemistry. 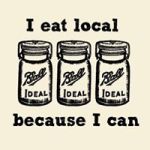 “Our own masters of the universe, like the “robber barons” of old, are inordinately impressed with their ascendancy to the summit of economic power. Add their personal triumphs to American culture’s perennial love affair with business—President Calvin Coolidge, for instance, is remembered today only for proclaiming that “the business of America is business”—and you have a formula for megalomania.” – Steve Fraser, “How the Koch Brothers and Other Family Capitalists Are Ruining America: Why are multibillionaires dictating how America teaches its youth, provides healthcare and collects taxes?” The Nation (September 11, 2014)

“After banks reach a certain modest size [roughly $100 million in assets], there is no cost advantage to further expansion. Some evidence even suggests diseconomies of scale for very large banks.” – Quarterly Review of the Federal Reserve Bank of Minneapolis (Spring 1991)

Naomi Klein in “Can Climate Change Unite The Left?” In These Times Oct 13, 2014: There is no shortage of options for equitably coming up with the cash to prepare for the coming storms while radically lowering our emissions to prevent catastrophic warming. Consider the following:

Transition Culture’s 10 Tips for Reinvigorating Democracy in One Place