“The question is, which do we value more highly – efficiency or democracy? It has become heretical to question any demand of the market, as if the desires of human beings are legitimate only insofar as they facilitate the economy. We have been enslaved by our own invention. The answer, in my opinion, is a radical localism and it begins with a participatory local politics”.(New Zealand’s Ras Nandor Tanczos from his Waikato Times column August 6, 2010)

Radical Localism does not mean anarchism, but a rejection of neo-liberalism. Localism means basing global economics on trade among living local economies without big box stores. In my view, Radical Localism posits that most public policy should be made at the lowest and most participatory levels of government. National government exists to ensure the constitutional rights of all citizens, resolve disputes between states, maintain a judicial system for those two purposes, provide a form of currency accepted in all states, regulate businesses that engage in interstate commerce, and coordinate national defense. Most of its funding could come not from Federal income taxes but from levies on the states proportional to population. State governments would maintain judicial systems to resolve disputes among counties, businesses, and citizens, operate means to collect the national levy from its citizens and businesses, regulate businesses that operate in more than one county, maintain militia (aka National Guard), and provide health systems for its residents. All powers not explicitly assigned to national or state government would belong to county and municipal governments where representatives are closest to the people. This creates a framework though which individual citizens and communities can shape public policy through the intentional individual and collective choices they make. 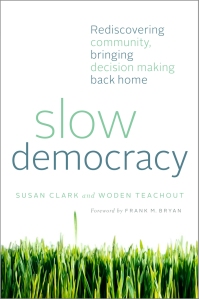 This philosophy lies outside any conventional American binary system. It is not just that a Radical Localist can be Democrat, Republican, Libertarian, Green, Anarchist, or Socialist. As New York Times writer Mark Bittman pit it in 2015: “Let’s try to make sense of where the world is now instead of relying on outdated doctrines like ‘capitalism’ and ‘socialism’ created by people who had no idea what the 21st century would look like.” At the most basic level, a Radical Localist believes in liberating herself and her community from the grip of the global marketplace and unmediated capitalism through intentional choices at ground level. 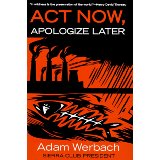 Asheville, North Carolina activist and politician Cecil Bothwell kept those thoughts alive in an essay in 2008’s Gorillas in the Myth: “Here is the front line in the battle against Wal-Martization, against tax-funded, corporate-welfare schemes to lure multinational business development, and against the export of jobs. The radical localist isn’t fooled by smiley faces and low prices that help destroy downtown businesses while funneling money into distant banks. It is pie simple to join the growing ranks of thoughtful consumers, who understand that dollars are votes, and those votes shape the places we live.”

Simultaneously, the phrase gained popularity in Britain during the devolution under the Localism Act that permitted greater local autonomy in Scotland and Wales. During the devolution process, adjustment moved quickly with activists pushing for further devolution of authority below the city level: “Radical localism requires a new relationship between local authorities and communities as well as local and central government.” In a sense, the September 2014 vote for Scottish Independence was the first wide scale plebiscite on Radical Localism writ quite large – of reversing national policy, breaking up a world power.

In 2010, sociologist E. Russell Cole took the next step in his SUNY-Albany dissertation summarized in a 21 page essay “Radical Localism in the Network Society.” Studying Green and Populist Party use of social media, Dr. Cole identified Radical Localism as a potential means to break through the two-party choke hold on power in the USA. “[T]he morphology of the third-party should resemble the decentralized communicative infrastructure that the Internet permits.” In other words, from the ground up with policy built locally first.

The Radical Localist analysis holds that the breakdown during the Reagan and Clinton years of the regulatory system which protected local economies from the full effects of global Capitalism has destroyed community in America and lead to ever widening income disparity. The most devastating blows came from permitting interstate banking combined with eliminating basic differences among financial institutions and relieving rules requiring local ownership of media properties. These governors on Capitalism produced stable, viable local communities. This has produced a wealth of issues for which good people across the political spectrum seek answers. Yet Washington has turned into a money-go-round that cannot find common ground.

As Jefferson knew, the answer lies in the people and the land. Rather than waiting for policy to change legislatively, we can change from the ground up. Rather than trying to “fix problems,” we can imagine and build an enduring America based on strong local economies, participatory local democracy, and sustainable environment.